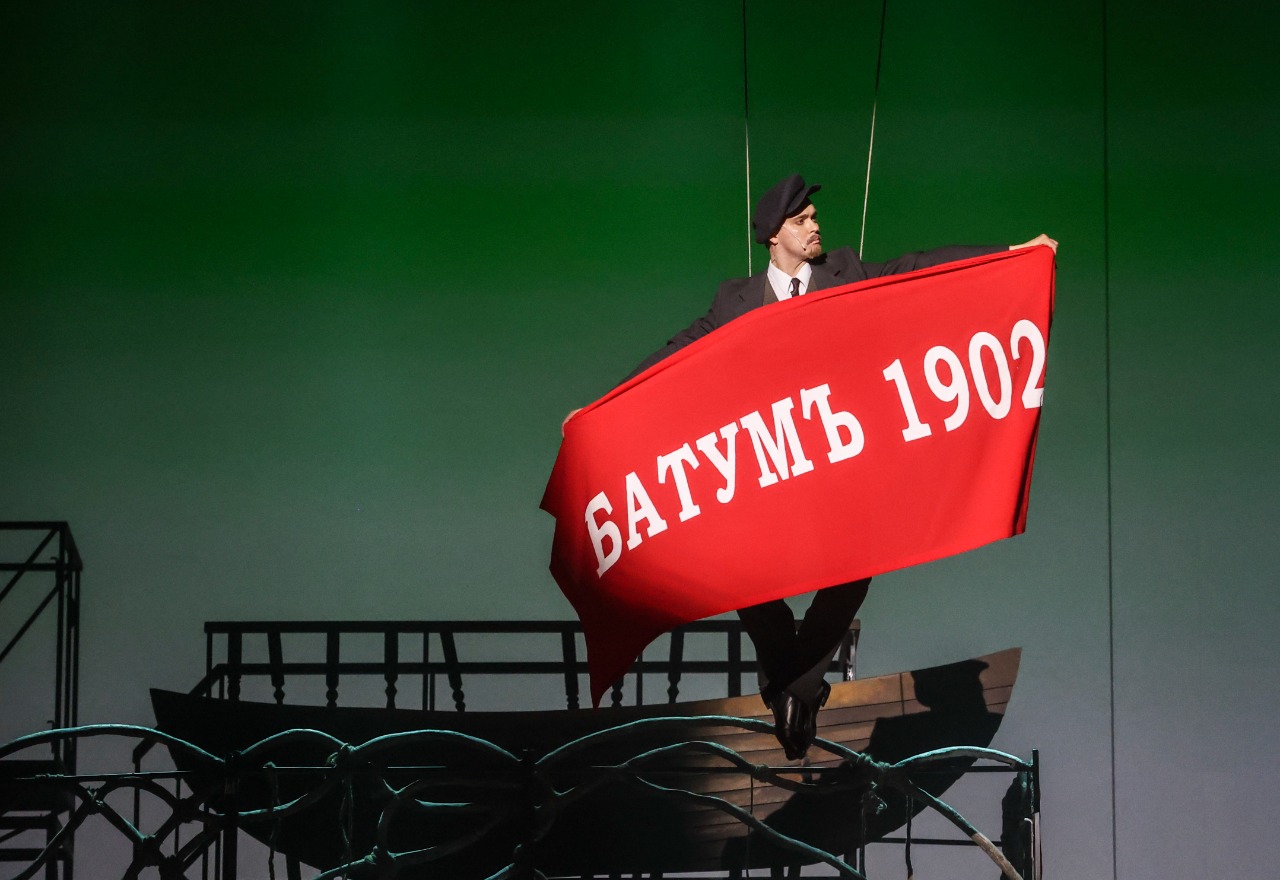 The story of a young revolutionary underground worker, sent by the party on a mission to Batumi, develops into a real action adventure, the main secret of which remains the mystery of the identity of Stalin himself. The “Wonderful Georgian” carried out terrorist attacks, «went over their heads», not sparing comrades and civilians. The main question posed in the play is what is more in the young Stalin: revolutionary maximalism and service to the idea or love of power and the desire to break through to the top?

The image of the leader is satirically depicted: Lenin (with Nadezhda Konstantinovna), jumping out like a devil from a snuffbox, throughout the entire action with his slogans, amuses the audience. In the final, Lenin, who has stopped quoting himself, will finally petrify and turn into a monument.
The provocation of the performance is also an invitation to the theater of Olga Buzova. Her image is satirical: a gorgeous-looking singer without a voice and “with a double bottom”. During her appearances on the stage, the audience becomes animated, whispers, they do not hesitate to laugh at her in full voice. But they also applaud.

Tragifars looks in one breath – it has a Georgian flavor (songs and dances), and an adventure, and a romantic line with hot Georgian rivals in love, and politics, and bright characters of underground workers and government officials, and of course, famous Bolsheviks. Even a talking, flying with the help of stuntmen, there is a monument to Lenin. The role of Stalin was played by Georgy Iobadze -he is plastic, acrobatic, and dances passionately.

This is not the first time the theater has resorted to the help of stuntmen to create special effects, staging fights and falls. The director of the stunt scenes of the play is Alexey Silkin, the director of the stunt production of Varvara Nikitina.
The scenography of the performance is impressive, the music and songs cause a separate delight: the Georgian polyphony and male dances take your breath away.
The performance looks in one breath. The next performances will be held in September.